Jiaosi, Ilan, is famous for its beautiful mountains and fresh water. There is a factory standing in the peaceful fields. It does not only not create any pollution but produces daily boxes of tasty natural drinks with no artificial flavours and chemical additives that will be supplied to famous exclusive restaurants, organic shops and even sold abroad. The CEO of Ruhn Chan International Co., Chi-Neng Chen, is simple and low-key just like his products. By following his father with Japanese style in his early age, he is meticulous, strictly managing the company and absolutely keeping promises.

Regarding the establishment of Ruhn Chan International Co., Chi-Neng Chen recalls: ” In the winter of 1998, there was an old drink company preparing to close due to bad business. My father, one of the shareholders, asked me if I dared to take over this factory with only 20 years old machines and a production capacity of less than 10 days. While I was hesitating, it suddenly occurred to me that my father once told me about the efforts of him to build up an existence from nothing by part work, part study after graduation from junior high school. It was the moment that I decided to make some achievements to show to my father.” Since then, Chen made all efforts to rewrite the history of Ruhn Chan International Co.

He started with preserving the peace at home and resist foreign invasion. One side he rehired the original employees and appeased the work atmosphere to re-production; on the other side, he went to Singapore alone to visit the only client to ask for continuing support. In this way he moved forward step by step.

Later, in order to penetrate the market and increase orders, he started to sell his own brand of mineral water at low price in a discount store chain. There were not many foreign brands in Taiwan at that time, so they finally had good business and the products started to be offered nationally. However, it was not before long when a flaw was found in the product, so the product had to be fully recalled immediately. “I remembered when I drove the van with my wife from north to south to pick up the defective products from each branch store and then went to local recyclers to deal with the products bottle by bottle, our frustration was ineffable.

With a lesson learned from this experience, Chi-Neng Chen decided to proceed steadily and step by step from improving the quality system of the factory and then implementing the ISO standard operation protocol. He also secured OEM orders from well-known brands including a sweet osmanthus plum juice of a royal court cuisine. Later this couple incidentally devoted themselves to volunteer work in environmental protection. Therefore they decided to produce pure natural drinks. In order to keep the smooth texture of the ingredients without adding any chemicals such as preservatives, thickeners, colour additives, creams and flavours, they put a lot of efforts on the production processes and finally worked out an exclusive recipe of heat sterilization. The product was well-received and popular upon its release.

The cooperation with a public environmental group is one of the things that deserve to be mentioned. In order to offer consumers’ correct choices, they developed 100% natural and no chemical additive drinks such as the Dark Prune Juice and the Ginseng-Date Tea, which were well-received upon its release in the organic shops and also strongly recommended by a lot of bloggers, which since then clearly established the healthy and natural impression of Ruhn Chan products.

Unfortunately, Ruhn Chan production is mostly for other companies and exports accounted for 90% of the revenue. After further consideration by the couple who love their hometown, they decided to create their own brand” Ruchan”and developed their own products and began to expand the marketing by internet. In the SOHOMALL consultant’s recommendations, they use “return to earth, clear like springs” as their spiritual slogan of the brand. Their first product is the “Nutritious Lohas Drink”made with oats that certified by EVI Finland and cultivated without any pesticide and chemical fertilizer. Without using processed oat flour, the whole oat is grounded and extracted to retain its complete essence. There are three flavours available including almonds, red adlays and nuts and are sold at low price.

This kind of drink has extremely high nutritional value but a price like common drinks. In the age of weak consumption but strong health care and environmental consciousness, this couple has confidence in building up a new business opportunity that benefits other people as well as themselves. 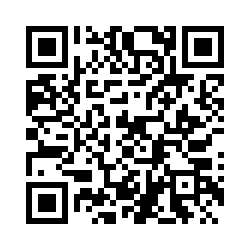